Supporting Busan, Ulsan, and Gyeongsangnam-do companies in the era of regional centers!

Escape from hell-Seoul to Busan, the land of the sea... Realizing the dream of exporting ship parts.

- Both part-time jobs and studying while living in private accommodation

- Employment in Seoul, but experienced a tough life such as rental housing

- Acquired three years experience in shipbuilding after returning to Japan 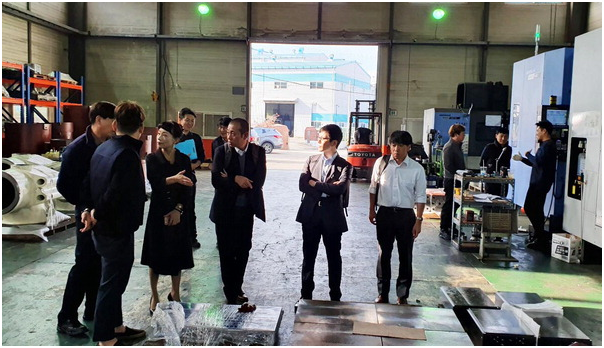 ■Founded with a premonition of “Hell-Seoul”

I looked for female entrepreneurs to become role models and asked many people to find the light of the coming female era.

However, when I asked Song for an interview, she immediately turned me down. Even though I explained the purpose while tilting wine glasses, she didn't accept it immediately. It took two months to get her approval.

When I finally got consent and started interviewing her, having barely agreed to begin the interview, She is a young person to apply this word, but there are some elements to the cliché play. I felt that I could interview wonderful people!

Born in Gimhae, South Gyeongsang Province, Song attended school in Busan. As a well-to-do child and middle school student, she attended a business high school to get a job after her father's business went bankrupt. After graduating, she changed her mind, but honestly, she didn't get the grade she wanted to enter college.

She considered studying abroad. She had relatives in America who could take care of her, but she chose Japan, even with no family there, as it was close.

When she wanted to visit her parents, she could easily go back.

After paying the tuition fee in advance, she took only 200,000 yen to Japan for this first trip abroad in her life. The daily fee for a small guest house was 3,000 yen. She didn't want to sleep on the street. Brave Ms. Haehwa, rented a house in just three days with beginner-level language skills. After paying broker fees, deposits, and months' rent in advance (most foreign countries required this), students are now in a position of near starvation. After walking around her new community, she managed to obtain a part-time job at a coffee shop with an hourly wage of ¥600.

She was so busy that she now weighed in the 30kg range. After graduating from the foreign language school, she entered a two-year travel school in Japan, thinking this could easily lead to finding a job quickly.

After entering the travel school, she continued to work part-time. After graduation, she missed her parents and returned to Korea to seek a job in Seoul. She was offered employment by both domestic conglomerates and foreign companies.

When she calculated her salary, it was a little more expensive in Seoul than in Busan, and considering the cost of 'attic life', working in Seoul looked like a bleak future. “I lived in Hell in Japan, but when I got to Seoul, it's Hell again” Song said.

Ms. Hae-hwa was wise as she noticed 'Hell Seoul' even at that time.

■Founded in Busan with the sea as the background. 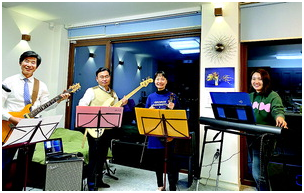 A late-blooming violinist, it's a vital part of her life. Second player from right is Song Hae-hwa.

Ms. Hae-hwa returned to Busan after abandoning a job in Seoul that others coveted. Working as an interpreter and translator with a Japanese instructor to survive, she found love. Being young, you can't hesitate in love! She married her current husband in 1993, who at the time was a middle school teacher.

She joined Jonghap Maritime Engineering INC. in June 1994. The problems pointed out at earlier interviews in Seoul such as her "loud voice" and "strong Gyeongsang dialect" were attributes to both sides.

The company manufactured and exported ship equipment. Although assigned to the sales department, ships and various equipment must be understood. She followed her seniors around the facility wearing work clothes, saying that she was just going to study and observe.

The following year, she gave birth to a daughter and as she was in her hometown, she continued her work life while having her mother take care of her child. While taking advantage of her major, she was mainly in charge of starting a business in Japan. She was also in charge of sales at a European company. After six years of service, she left the company. She had been studying English for six years, but getting better at it. Let's learn more from the real world!

Ever confident, Ms. Haehwa flew to England in January 2001 enrolled in a first year language study course at South Thames University in London.

For the first time in her life, she had only to study without working part-time.

In August, her husband and daughter came to London during summer vacation but as soon as they met, she felt a little homesick. A year later, she gained confidence in English and decided to go back to her country, but a Japanese friend at a Dutch company, whom she became close to by e-mail and phone, recommended a job in Amsterdam.

This led her to work in Amsterdam, but becoming homesick she returned home seven months later. Ms. HaeHwa aspiring to start a business, worked for three ship-related companies for two and a half years, finally establishing Ocean Entec in February, 2004.

■Honest and confident when face-to-face with reality. 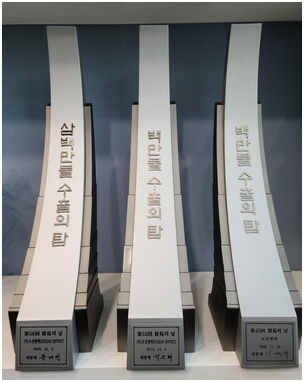 How many people make plans about their life in advance? Even if you make a plan, how much life can you go on? Some people believe they have special abilities, so even if they take the path they choose, they may be pushed to the cliff by a sudden ambush. That's why life is a series of choices and decisions in the moment.

Her father's bankruptcy in middle school must have been shocking. Among the difficulties at the time, she chose to go on to a vocational school. Was studying abroad an escape from reality after graduation or a temporary change of heart?

It was probably because a good salary after graduating from a vocational school was unlikely. Therefore, it should be considered as determination to make a leap forward in life. What was the right decision in her life? At that time, the eyes were already clear about "Hell Seoul. "

She was not forced to return to Busan by a family member, but made the decision based on her own responsibility. Did she have any regrets? I don't know the truth, but I can imagine it.

There was a question in the process of persuading her to meet several times for interviews. Contrary to the economic leeway I heard from people around me, I couldn't see any luxury goods or flashy accessories.

When I asked her indirectly, she said she bought expensive clothes and accessories if she liked the design and colour. It's just that she doesn't care about brands or the name of a jewel. It's a word that I think I've seen before. If she had such an honest face-to-face personality, I was sure she wouldn't regret it.

I know people of the so-called 'prestigious traditional family'. It is a story of people who resign from a certain position without mistakes, fill their inner self, maintain dignity as elders, and practice 'Noblesse oblige' through unexposed sharing. Of course, I think it's too much of a metaphor for young Ms. HaeHwa. Still, her choices, which she proudly attributes to reality, and does not dwell on the reputation of bubbles, seemed to be food for for thought for those who are anxious to regard "region" as "local," so I overacted a little today.

Anyway, Ms. HaeHwa, who started the company in February, 2004, received her first export agency order in March of that year. Special urethane wheels for ships that were priced at 1,155,000 yen. It was a small start, but I guess she still remembers the amount because she was so anxious and excited.

If I had to look for luck, there is "ocean"("Hae” meaning ocean) in her name, and is it because she lived in a seaside town? Maybe it's fate. In any case, it is possible because it was in Busan.