The Answers Are In The Details 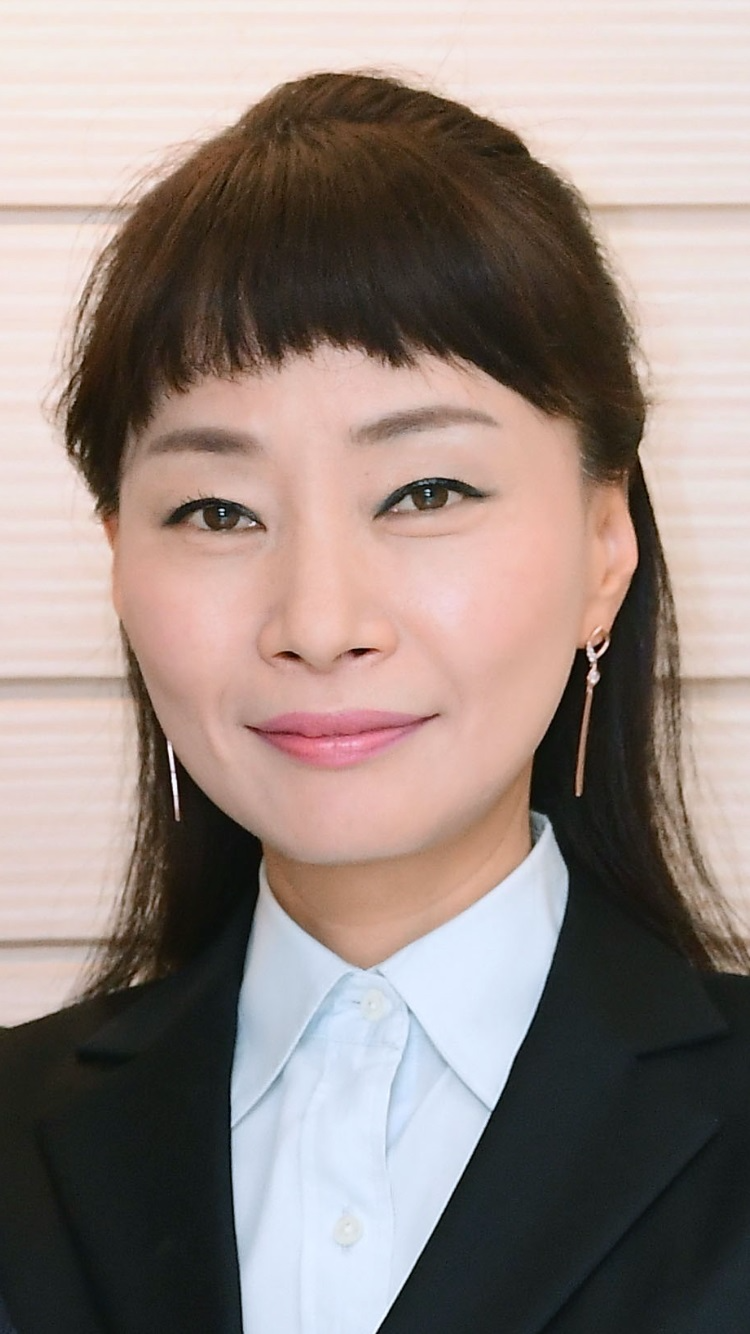 The streets of Centum City in Busan were filled with people heading somewhere fulfilling their schedules. In the hot sunshine of June, I passed through the crowded streets of the Centum City Industrial Complex and arrived at the offices of Ocean Entec Co., Ltd., exporters of shipbuilding equipment and materials to the global market.

Arriving on the eighth floor, I called Song HaeHwa (52), CEO of Ocean Entec, and the phone rang just 10 meters away. Ms. Song was seeing a customer off after a meeting.

Entering the Ocean Entec offices I was impressed by a neat interior, not common for companies exporting heavy industrial products such as shipbuilding and related materials. This office atmosphere was quite different. From the entrance to Ms. Song's office, I heard English, Japanese, and other unfamiliar languages. This was not the mood of a competitive and specialized trading company, but that of a battlefield.

Three words hanging on the wall of her office appeared to be the company motto:

While I cooled off with a glass of water, Ms. Song was on the phone with a Japanese buyer. Although not fully understanding the content of the call, I felt the energy of Ms. Song as she handled things quickly, accurately, and based on a mutual trust.

*Entering the shipbuilding industry which was forbidden to women*

OCEAN ENTEC Co., Ltd., was established in 2004 as a company whose major exporting item was shipbuilding materials, and converted to a corporation in 2014.

Company founder, Song Hae Hwa, had returned to South Korea in 1992 after graduation from university in Japan. In the early 90's, the corporate culture in Korea was different. Women were often assigned menial tasks such as running errands and even buying cigarettes for male colleagues. To marry, meant submitting a letter of resignation.

In circumstances such as these, this era did not see many companies offering employment to a woman who had studied abroad, or was even married. Documents were not prepared, filed, or even registered on-line as they are now and Ms. Song remembers having written over 200 resumes by hand.

In 1994, the first company she succeeded in joining was established by an owner from Korea Maritime & Ocean University. Her career began on a sales team supplying imported shipbuilding equipment and materials from Japan and Europe to domestic shipyards. With fluent Japanese, and an outgoing personality, Ms. Song's sales career flourished.

Resigning in 1999 to experience the wider world, she left for the United Kingdom to study languages, and in 2001 even worked in the shipbuilding industry in The Netherlands. Since returning to South Korea in 2002, she has continued to work in the industry.

When asked if working in the shipbuilding industry was difficult for a woman, Ms. Song shook her head. She explained that there is an intense masculine image related to the words “heavy-industry”, but the sequence from manufacturing to export requires a woman's delicacy.

After 10 years in the industry, she established OCEAN ENTEC Co., Ltd., in 2004. Confidence in her abilities and anxiety about the future were the biggest reasons. She was confident to work past retirement age, but not sure she could survive to retirement age as a working mother raising a child. Reaching this conclusion, she boldly risked it all and started her own business.

She had no fear starting a trade business as it can be done anywhere. One only needs a cell phone, fax, and an email account. She smiled recalling, “In the beginning, without business or clients, I was bored.” She would often call her friends and jokingly ask, “Call my office, as I'm not sure the phone is working.”

Ms. Song did not, however, idle her time away. She had a preparation period: studying Chinese, taking graduate courses, as well as mastering the Japanese and English languages she had spoken during college and her overseas employment.

The decisive opportunity for OCEAN ENTEC Co., Ltd., was partnering with Mitsui Heavy Industries. Beginning, for the first time, to supply parts for a new ship’s construction is difficult. But once supply has begun, a company can maintain a fairly stable supply system. Of course, achieving this stage is not easy.

With more than a decade of experience in the export of shipbuilding equipment and materials, Ms. Song began her business without an order. After eight months of networking in the industry, the first order came. It was the caster of forklifts used in Japan's auto plants. The second order was a urethane piece used in Mitsubishi Motors' plants. Then, through an introduction by a bank branch manager in Japan, she imported a Suzuki noodle making machine used by Sanuki Udon.

“I'd never seen drawings before, but I've been doing business with Mitsui Heavy Industries for 15 years. Important are expertise, details, and manners in the global market, I think.”

Although it was a casual relationship at first, she showed a fast and accurate business ability based on trust that resulted in her working as a Korean agent for the Suzuki noodle making machine.

Ms. Song had a good business. From then on, 'Speed, Accuracy, Trust' became the company motto.

Thanks to this motto, the company has maintained 15 years of steady trade since first supplying parts to new ship construction with Mitsui Heavy Industries, and has now expanded to a wide range of products including non-ferrous and machine-processed goods, with a focus on shipbuilding equipment and materials.

*The Secret of Ocean Entec's Growth*

Ms. Song, CEO of Ocean Entec summarized three points as the secret to their growth: First is expertise, second is details, and third are good manners used in the global market.

While emphasizing the expertise, she added the explanation that it is also the matter of ones will and efforts. Ms. Song says she has disadvantages in being CEO of a company in the shipbuilding industry because she is a woman who didn't know how to read drawings until she entered the industry, and she had never seen the machine-process before.

However, she has tried hard to at least be an expert for one or more of the flow sequences in the industry. That was the reason for her survival in the industry and the cornerstone to grow the company on.

Next was the details. She said, “In particular, being more meticulous is required for the industry to be stable through the entire process from manufacturing to exporting in new ship construction. The less volatile the industry is, the more serious the impact of missing urgent issues. There was such a case recently.”

Ms. Song and her staff personally delivered the processed materials, which are about 2 meters long and weigh more that 50 kilograms, to the factory in Japan by boat.

It was urgent and important for the Japanese plant to be dealt with within 36 hours. Ms. Song and her staff delivered the materials directly to the Japanese factory within 30 hours, including the 18 hour manufacturing process at a Korean factory.

Ms. Song says this does not occur frequently, but even one instance that interferes with the schedule of new ship construction is unacceptable. Stability and punctuality in the shipbuilding industry does not allow for even such a small gap.

“So, all Ocean Entec employees pay special attention to the sales status of Mitsui Heavy Industry, the management variables, the environment and schedules of Korean manufacturers, the status and condition of persons in charge at Mitsui and Korean manufacturers, and even their latest bio-rhythms,” she said. In other words, they continually check all the areas even if some think they may not be necessary. 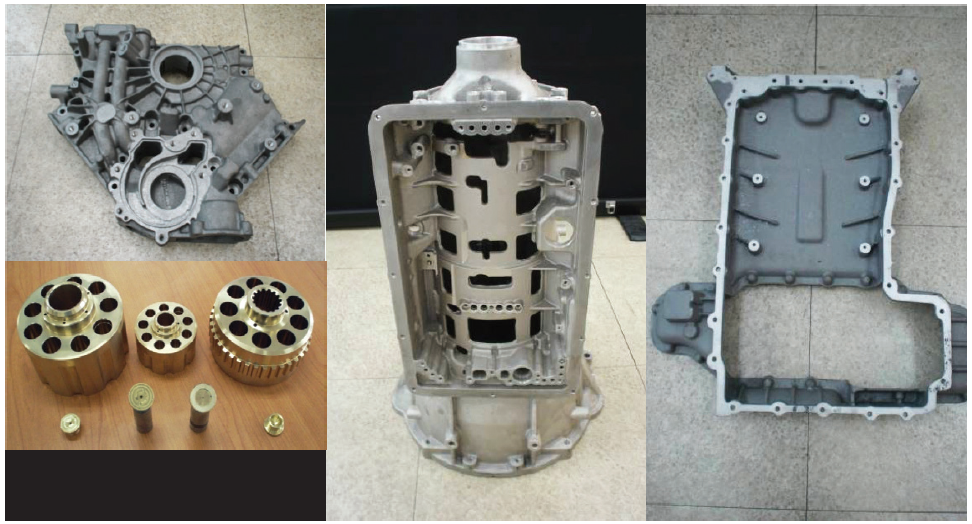 Last emphasized was the international level of manners needed in the trading business. I heard a more detailed explanation of what the word 'manner' means. Ms. Song described 'manner' meant a prepared 'personality' that can build trust and the 'international sense' to lead a trade business. She added, “When hiring employees, I make sure to check the expertise, details, and manners that I emphasize.”

*Inquiring Into The Future of Ocean Entec*

There are two main challenges Ocean Entec considers as urgent issues. The first was how to pioneer markets aimed at the scrubber demand that would be increased under the NOX Regulations that the International Maritime Organization plan to implement, which are scheduled to take effect in 2020. Second, was it's desire to pioneer the South American shipbuilding market.

Both are not expected to be easy. It is predictable that the I.M.O regulations will increase demand for scrubbers, and the Japanese industry will not sit on the sidelines. Ms. Song claimed, “However if demand is sure, there is no reason to not enter the market.” She explained, “The same goes for pioneering the shipbuilding market in South America. Although it is an area where accessibility is low, they prefer more competitively priced Chinese products than shipbuilding materials Ocean Entec handles. Despite all that, we have been doing market research and preparing to pioneer the South America market for many years.”

One who dreams of being a trader should be prepared

Ms. Song said, “I hope young salespeople newly entering the trade industry will have both language skills and international manners.”

In fact, her opinion is there are no big differences between academic background, passion, and effort among those who wish to enter any industry. She cited two key points that can distinguish between similar levels: language ability and international manners.

It was easy to understand because she's experienced the advantage speaking additional languages offer as a trader, such as the Japanese she acquired in college and English skills learned in Europe. But, I couldn't help but ask again what she thinks is the meaning of 'international manners.” 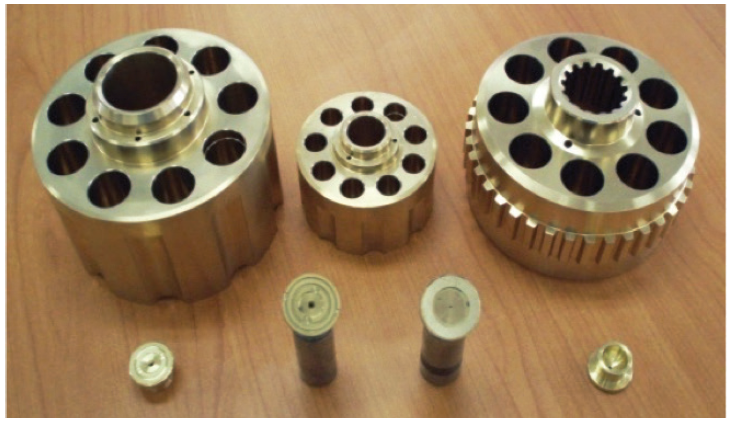 Taking a moment to think, Ms. Song then explained, citing the 'Trade Academy' hosted by the Korean International Trade Association. “We make sure all our employees study the 'Trade Academy' hosted by the Association. If one completes the course, he or she can effectively learn basic trade practices, transportation, customs, global marketing, marketing strategies, international trends, exhibition marketing practices, and specialized courses by sector.” She added, “It is a process we are grateful for.”

She also expressed hope that there would be a curriculum to teach 'International Trade Manners' at the Korean International Trade Association. The same goes for any industry, but Ms. Song argues that traders who deal with various manufacturers and foreign buyers must have a good personality, be cultured, and have an international standard of manners.

As the interview ended, I abruptly asked Ms. Song one last question. “But, why are you doing this business?” Replying with a smile she said, “if I don't like it, I won't do it! I am doing this because I like it!” She added: “I like my employees who are working hard, dreaming of the same goal at the company. Each of their goals is precious.”

She liked the smile of a grateful staffer when she personally delivered the goods needed due to an urgent matter at a Japanese factory. She also liked the the very happy face of a Korean manufacturer who was pleased to have a big technological improvement during the repetitive exporting process. She was a trader born through vocation.

It was the answer which makes OCEAN ENTEC Co., Ltd's future more expected.

2018 Export Target: To diversify the export countries from just the Japanese shipbuilding equipment and materials market. ($2.5 million in 2017 to $3 million in 2018)

2. The Answers Are in the Details:

The industry with a stable business process requires more details

Having the personality capable to build trust with overseas clients, and the international sense to run a trade business is a higher priority than mastering language.