“Encouraging the export of small and medium sized enterprises in the region.... We'll be a strong and reliable partner”

•            Business dealings with overseas shipyards such as Japan and others

•            Acts as an export agency of of shipbuilding equipment and materials

The government was seeking to expand exports from domestic companies, or novice export companies, by selecting professional trading companies having abundant export know-how.

The Korean International Trade Association was commissioned by the government to run the overall operation of the system and have currently designated 240 companies across the country as 'Professional Trading Companies' with 29 companies in Busan.

Here in Busan, there is a small but powerful professional trading company that leads in exports. This is the story of OCEAN ENTEC Co Ltd. in Haeundae-gu, Busan, which was established in 2004.

OCEAN ENTEC mainly exports ship engine components to Japan's Mitsui E&S Shipbuilding. After receiving orders from Mitsui for various parts, it places orders directly with shipbuilding equipment and materials companies in Busan and even exports them.

In addition, as a Korean agent of ASTICAN and ASTANDER repair shipyards in Spain, they serve as a contact for emergency repair and regular inspections for Korean shipping companies.

“When I handle the work for a Spanish repair shipyard, I sometimes feel bad as it may have meant an emergency situation has occurred,” she explained. 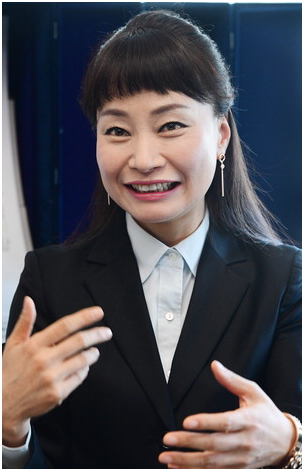 OCEAN ENTEC Co., Ltd., established 2004, is a specialized trading company that receives orders form Japanese shipyards and places orders directly with local shipbuilding and equipment companies and even acts as an export agent for them. 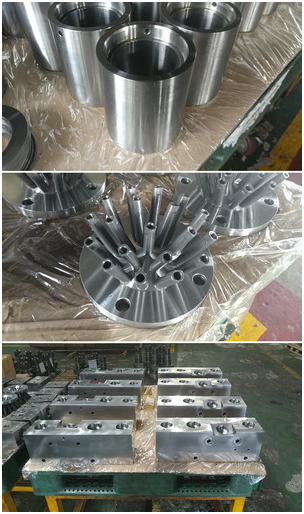 Ms. Song, from Gimhae, South Gyeongsang Province, spent three years studying in Japan. After returning to South Korea in her mid-20's, there were not many jobs available as women's employment discrimination was severe. People were accustomed to female employees handing out colleagues wedding invitations and other menial tasks.

Having suffered a series of hardships in the employment market, she chose to marry.

Soon, the president of a local trading company noticed her Japanese language abilities and offered her a job. After six years of dealing with Japanese and European buyers, she left for Britain to study for a year to improve her competitiveness.

Upon her return to South Korea, Ms. Song founded OCEAN ENTEC Co., Ltd., in 2004 to focus on working with Japanese shipyards. She soon began to receive orders from buyers in Japan. OCEAN ENTEC receives various shipbuilding equipment orders, mostly from Japanese shipyards. Ms. Song personally visited local shipbuilding equipment and materials companies to acquire the products according to the orders.

She continues doing business with local shipbuilding equipment companies she met during those early stages of the business.

One company in South Gyeonsang Province had only 30 million won in annual sales when it began working with OCEAN ENTEC Co., Ltd., but now it has increased to 1 billion won. Although the domestic shipbuilding industry has been struggling, this company has seen steadily increasing exports to Japan. The secret lies in its collaboration with OCEAN ENTEC. Initially, it began with an order of one item, but currently it's much more. As the company was required to pass a strict inspection by a Japanese shipyard, it naturally improved its technical competence.

“Professional trading companies are not simple traders who only export products and receive commissions,” Ms. Song said. “It is an important partner that grows with local enterprise. If a local company begins to supply its products after passing a strict inspection by a Japanese shipyard, it will be fully capable to supply the Korean Big 3 as well. This opens another sales channel,” she said.

*Power of the professional trading company*

Last year, officials from Japan's shipbuilding industry realized the power of OCEAN ENTEC. A Japanese buyer mistakenly had not ordered a part that usually required two to three months of delivery lead time. The buyer had less than a week to fulfill the order. After asking around the buyer discovered OCEAN ENTEC, visited and asked Ms. Song to help fulfill the order.

Upon receiving the request, Ms. Song immediately found a local shipbuilding equipment company that could quickly manufacture the part. After 72 hours, the product had been made to the Japanese specifications.

Making this possible was the 14 year partnership Ms. Song had with local shipbuilding equipment industries.

Another case saw a Japanese buyer rushing to visit OCENA ENTEC last year who urgently needed about four tons of copper pipes and other products but been unable to locate a supplier. Usually needing at least two months for production, OCEAN ENTEC had the products made in 21 days and shipped them off to Japan. The Japanese buyer had overcame a crisis and sent a 'thank you' message to both OCEAN ENTEC and the local company.

“There were about two such incidents last year. At the time we were so busy seeing products through each step of the process”, Ms. Song said. “I was really proud seeing products exported to Japan after completion of production. The trust that builds up goes to OCEAN ENTEC as well as local shipbuilding and equipment companies,” she mentioned.

Nevertheless, Ms. Song did not charge higher prices to the Japanese buyers, instead focusing on continuing the trust with the Japanese shipbuilding industry over the long term.

“After these kinds of cases, Japanese buyers have not forgotten and show their gratitude by placing additional orders. It is more important to look far into the future that to benefit immediately,” she emphasized.